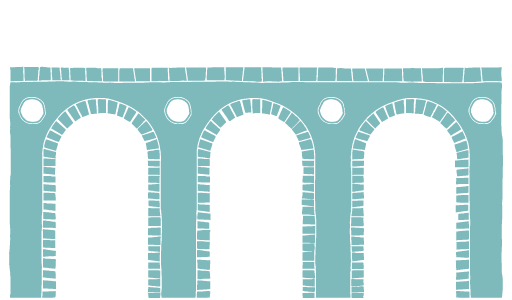 There is ample parking at the public car-parks on Station Road, or at Marple Library, where you can easily join the towpath on foot. From there, it’s a 30 minute pleasant walk along the towpath to the Aqueduct, following the flight of locks.

You’d never guess that the tallest aqueduct in England, not to mention the tallest masonry arched aqueduct in Britain, was nestled secretly in the beautiful woodland of Marple.

Fully functional, you can travel by boat or foot across this amazing feat of construction, taking in the river Goyt and its stunning surrounding woodland. 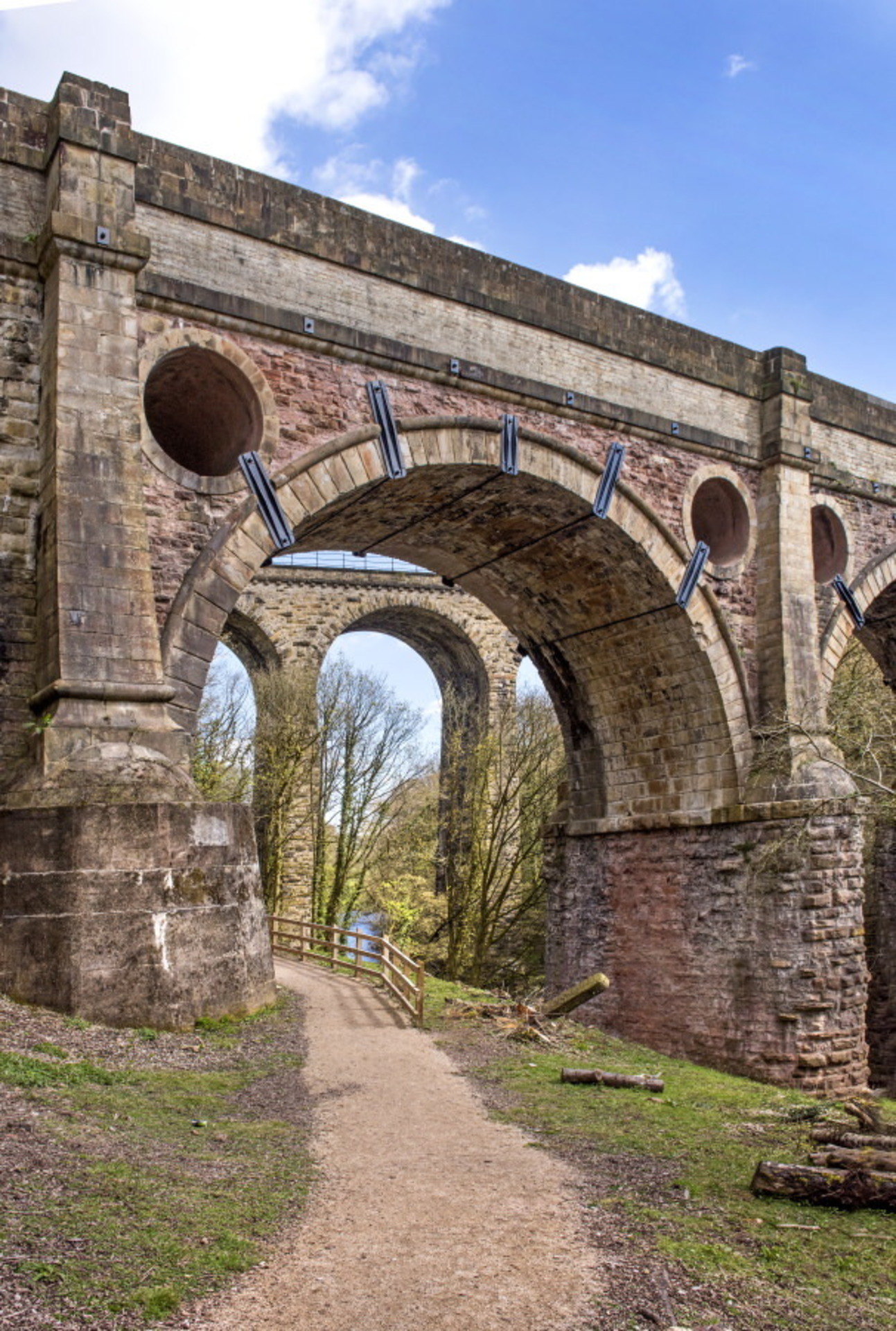 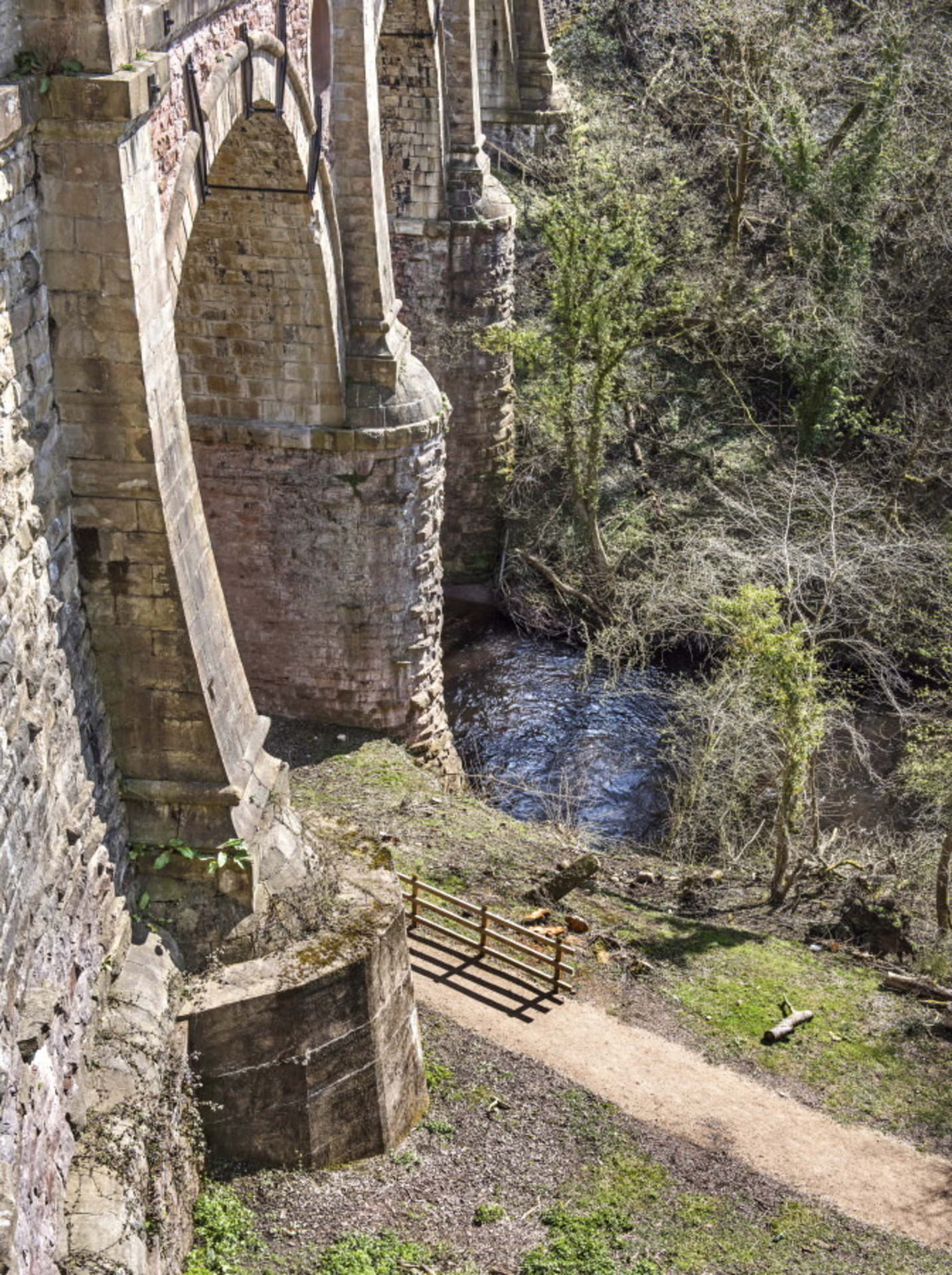 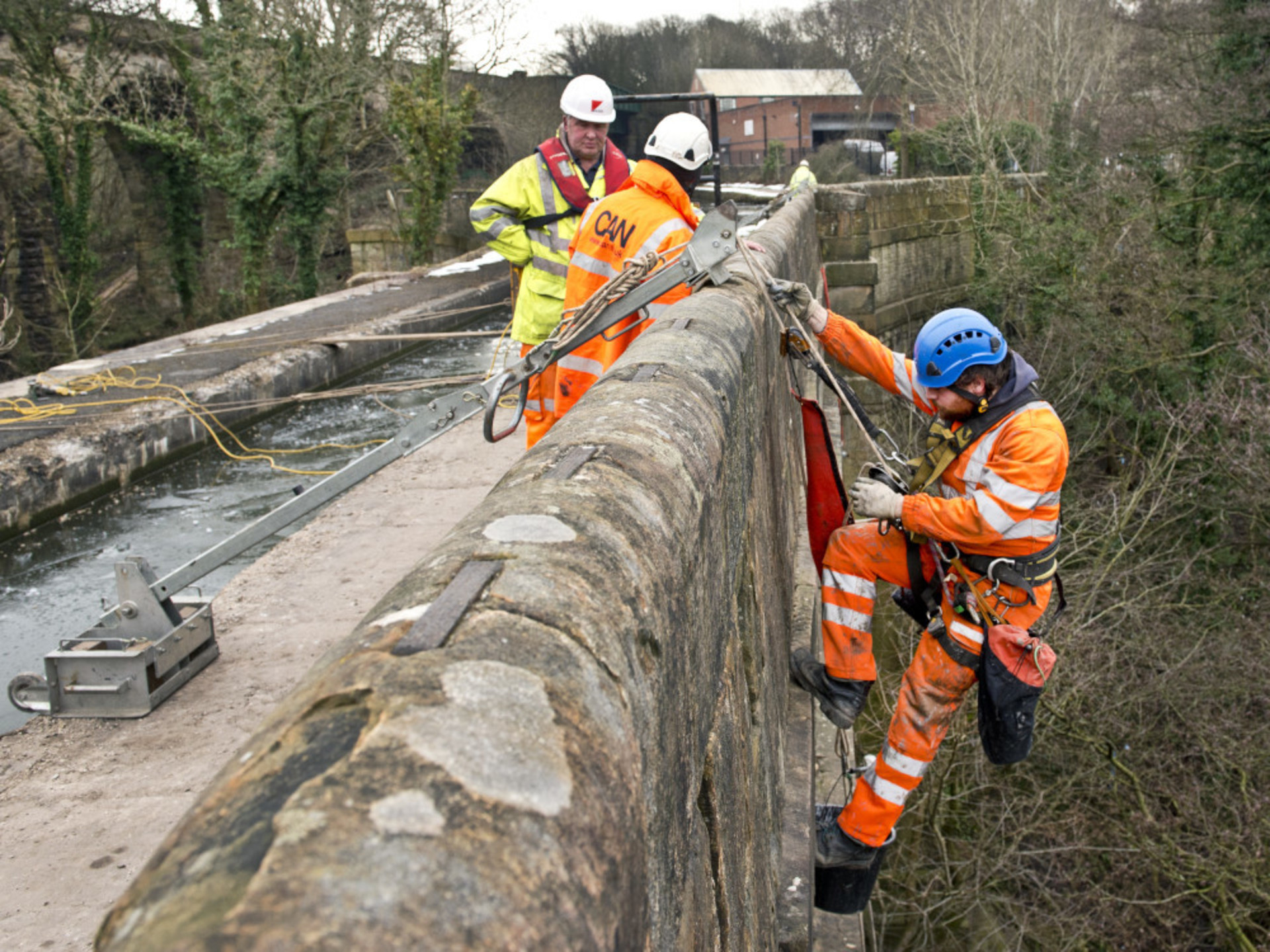 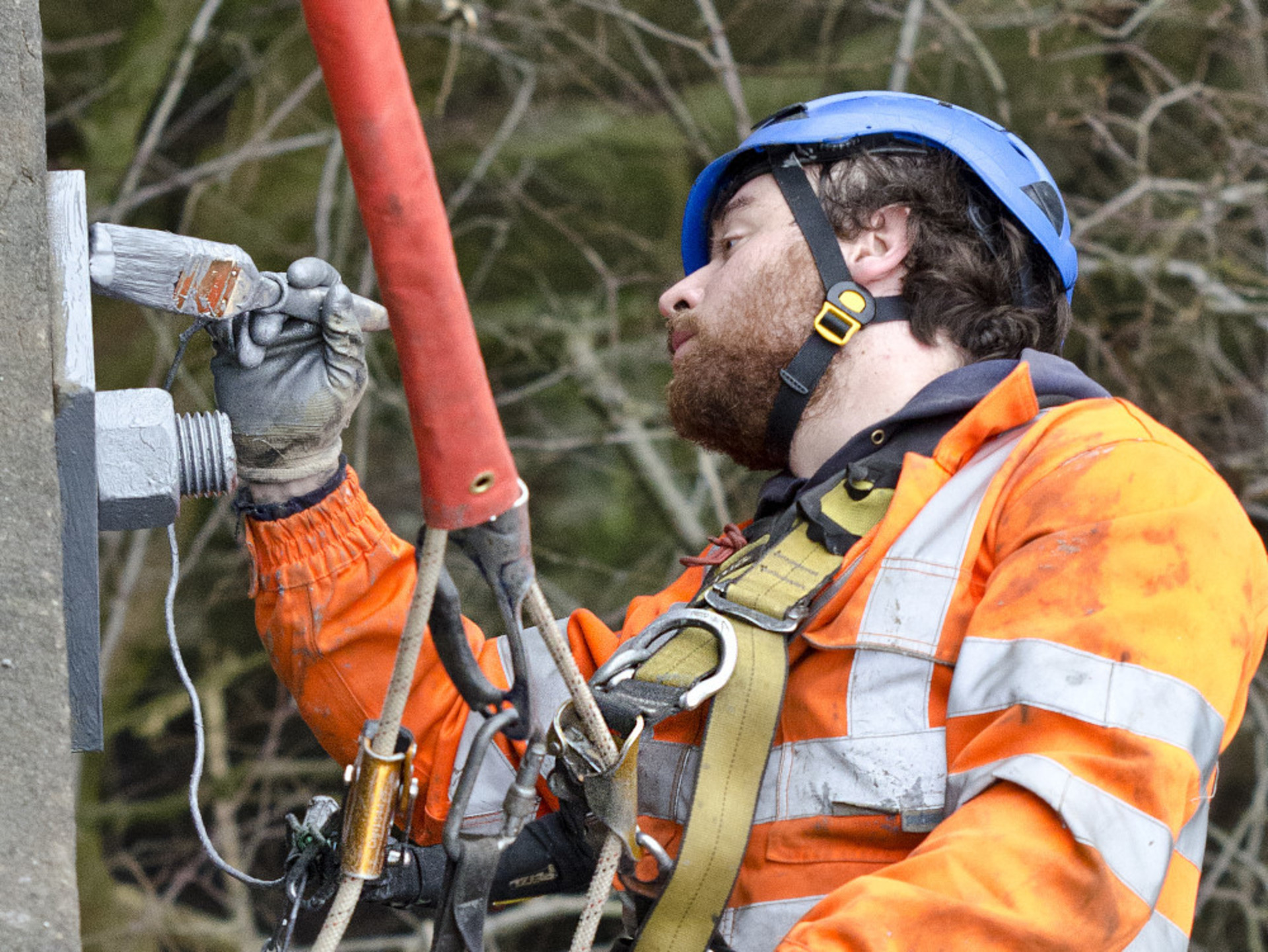 Adventure across the aqueduct

Dare you cross England’s tallest Aqueduct? An exhilarating experience for anyone looking for a truly unique day out - find yourself 100 feet above the beautiful River Goyt, crossing by boat or by foot.

The Peak Forest Canal’s lower section ends with the Aqueduct, and the upper section ends near Marple Lime Kilns. The two are joined by a waterway staircase - a steep flight of 16 locks. Set against the ancient wildlife, it’s a beautiful contrast of ambitious industry and the natural world.

You’ll come across rich woodland, breathtaking views and truly blissful calm - feed the ducks, take in the surroundings and feel part of an ancient legacy. 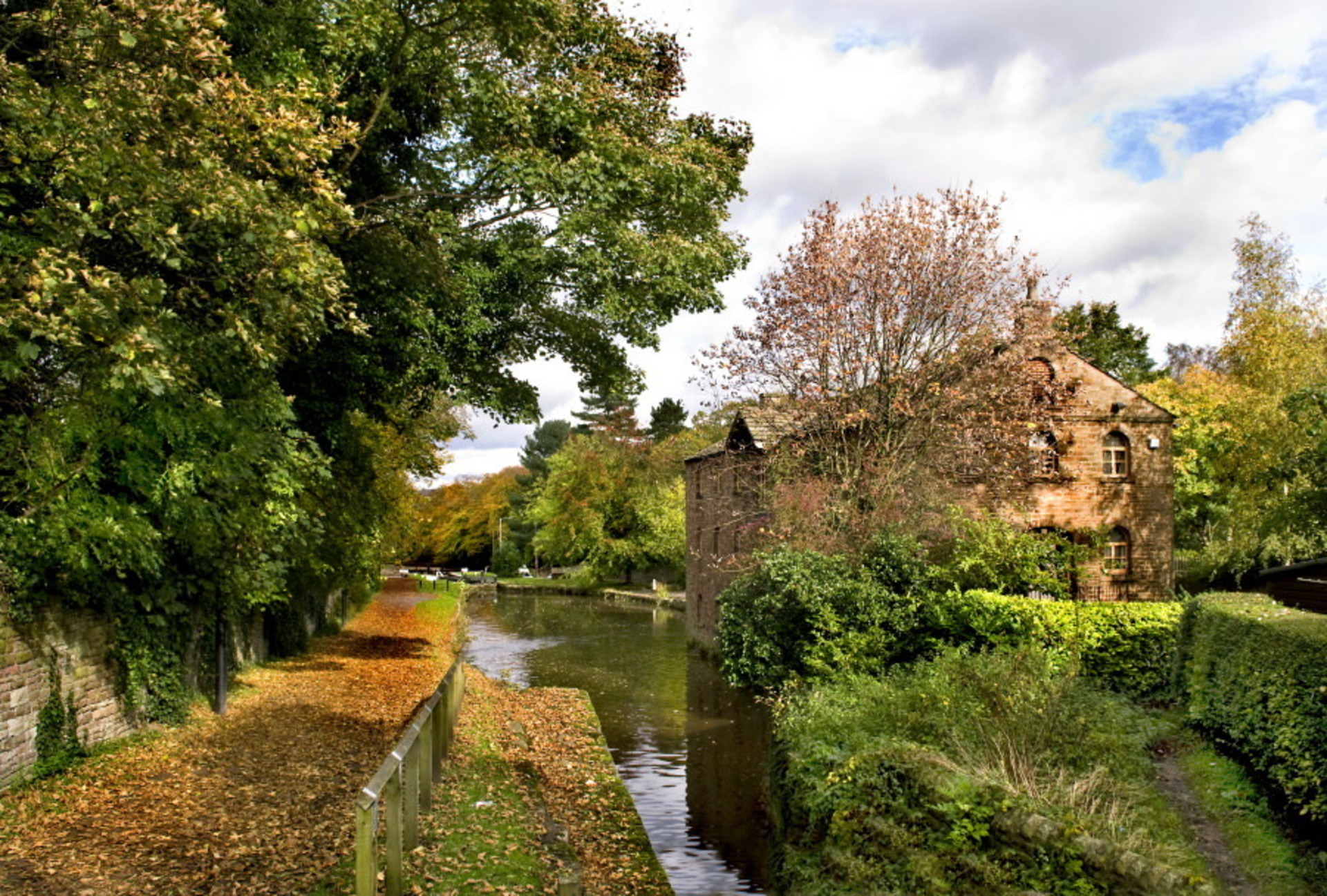 There is ample parking at the public car-parks on Station Road, or at Marple Library, where you can easily join the towpath on foot. From there, it’s a 30 minute pleasant walk along the towpath to the Aqueduct, following the flight of locks.

There are plenty of local cafes and amenities, as well as places to stop and picnic. We also recommend you complete your day with a visit to Oldknow’s fascinating Lime Kilns.

We’ve made it easy to visit

As part of our restoration, we’ve built a path and steps that will take you to the bottom of the Aqueduct, from the towpath. Once you’ve crossed it, you can see the grand structure from beneath, in all its detail and glory. Set against the colourful, rich woodland, It’s a truly magnificent sight. 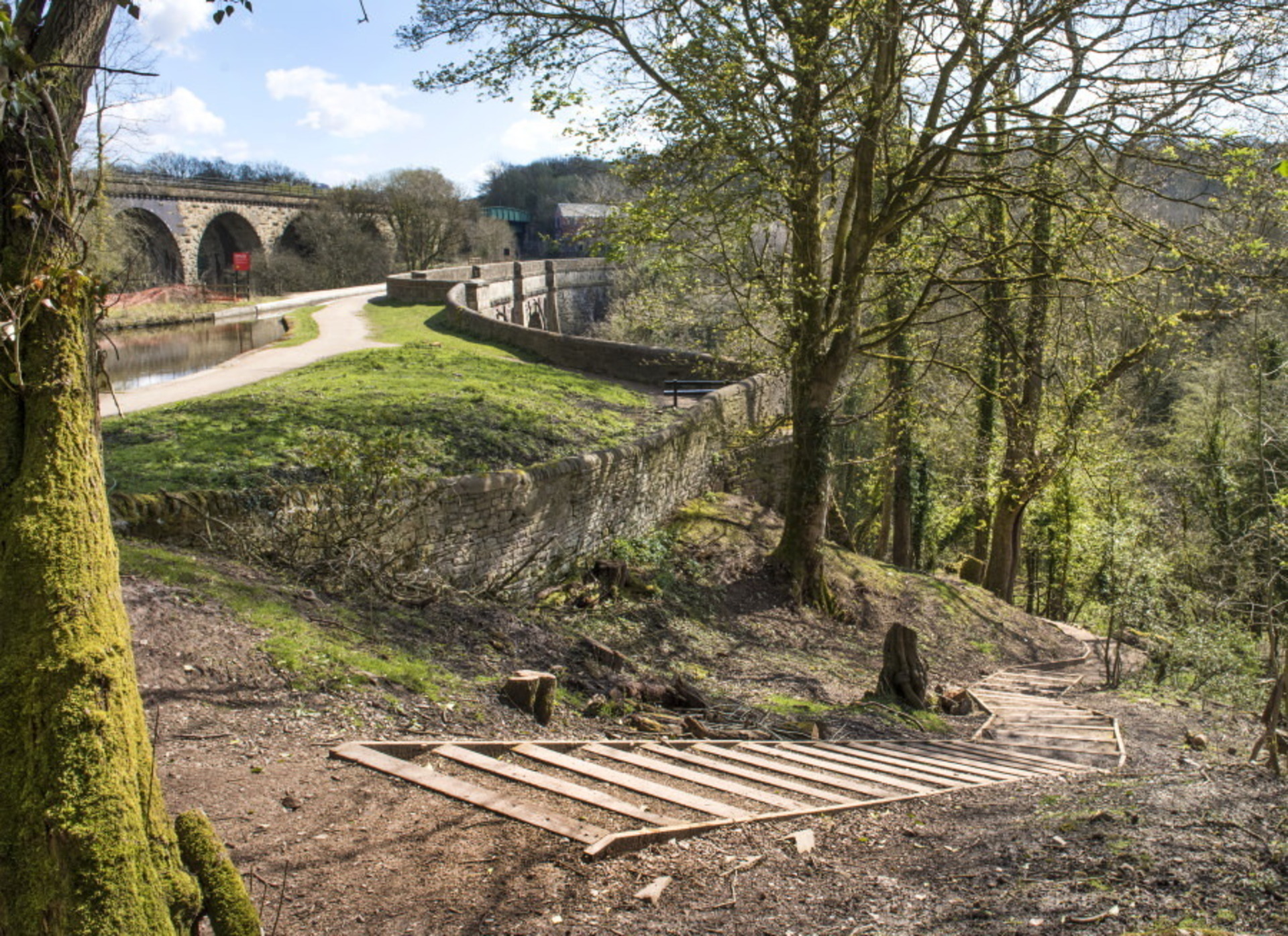 History has a sense of humour

Designed by Benjamin Outram, the very first stone was laid in May of 1794. It later re-opened for navigation in May of 1974 - what are the chances?

When it opened in 1800, it was praised by everyone who encountered it, from engineers to famous authors. Below are just some of our favourite phrases coined to describe the magnificent structure:

“one of the finest bridges in this or any of the neighbouring counties. From the top of this magnificent aqueduct, the beholder gazes with fearful astonishment on the river pouring beneath over its rocky bed.”

“[it] filled my mind when a boy with wonder, constitutes the grand work of England, and yields to nothing in the world of the kind, with the exception of the great canal of China”

It’s hidden within an ancient world

It was brought back from the brink of disaster

Hit by frost in the 1960s, and badly damaged, it was only because of tireless campaigning by volunteers that the aqueduct was saved. Their hard work means it’s open to the public today. 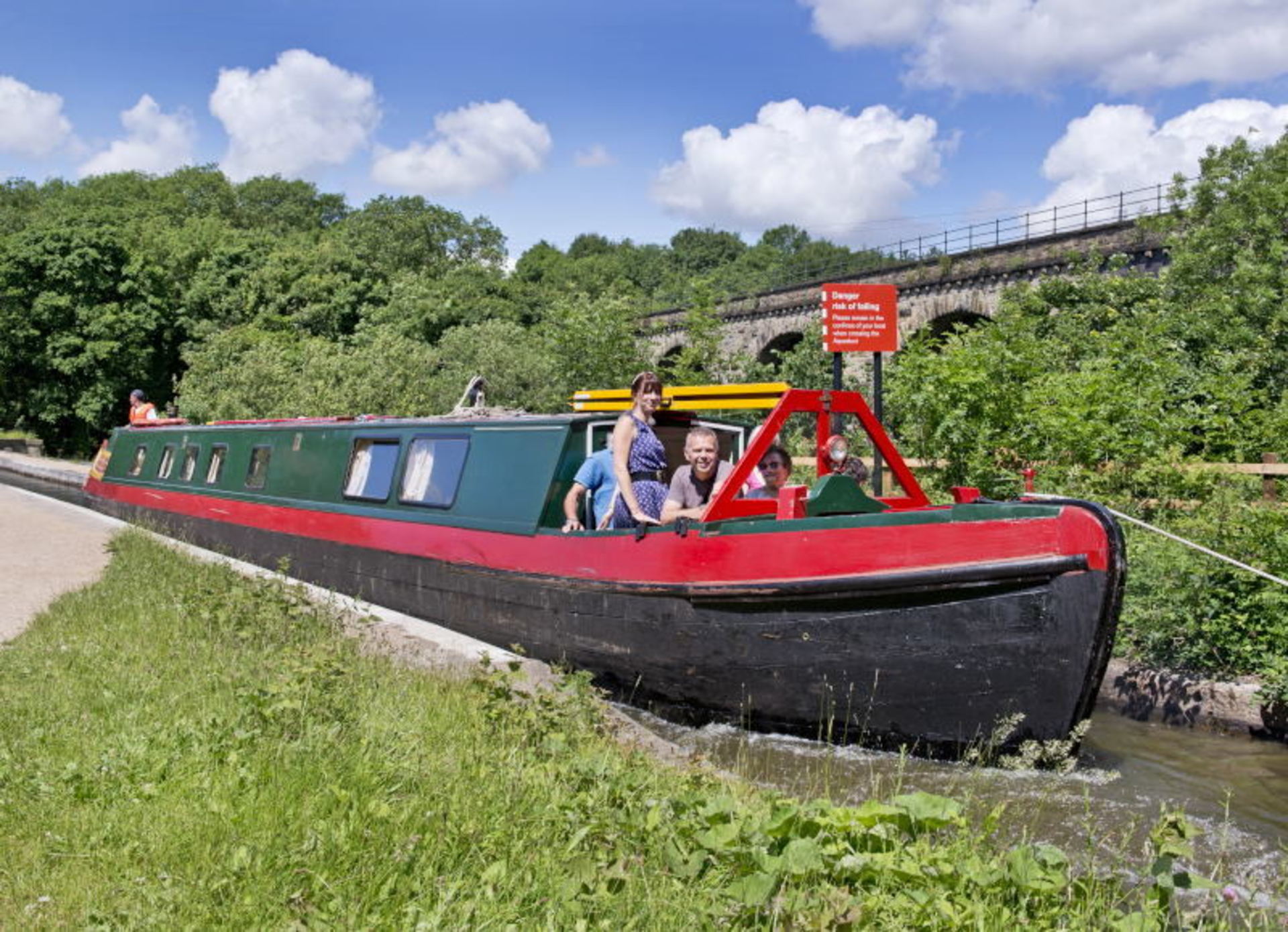