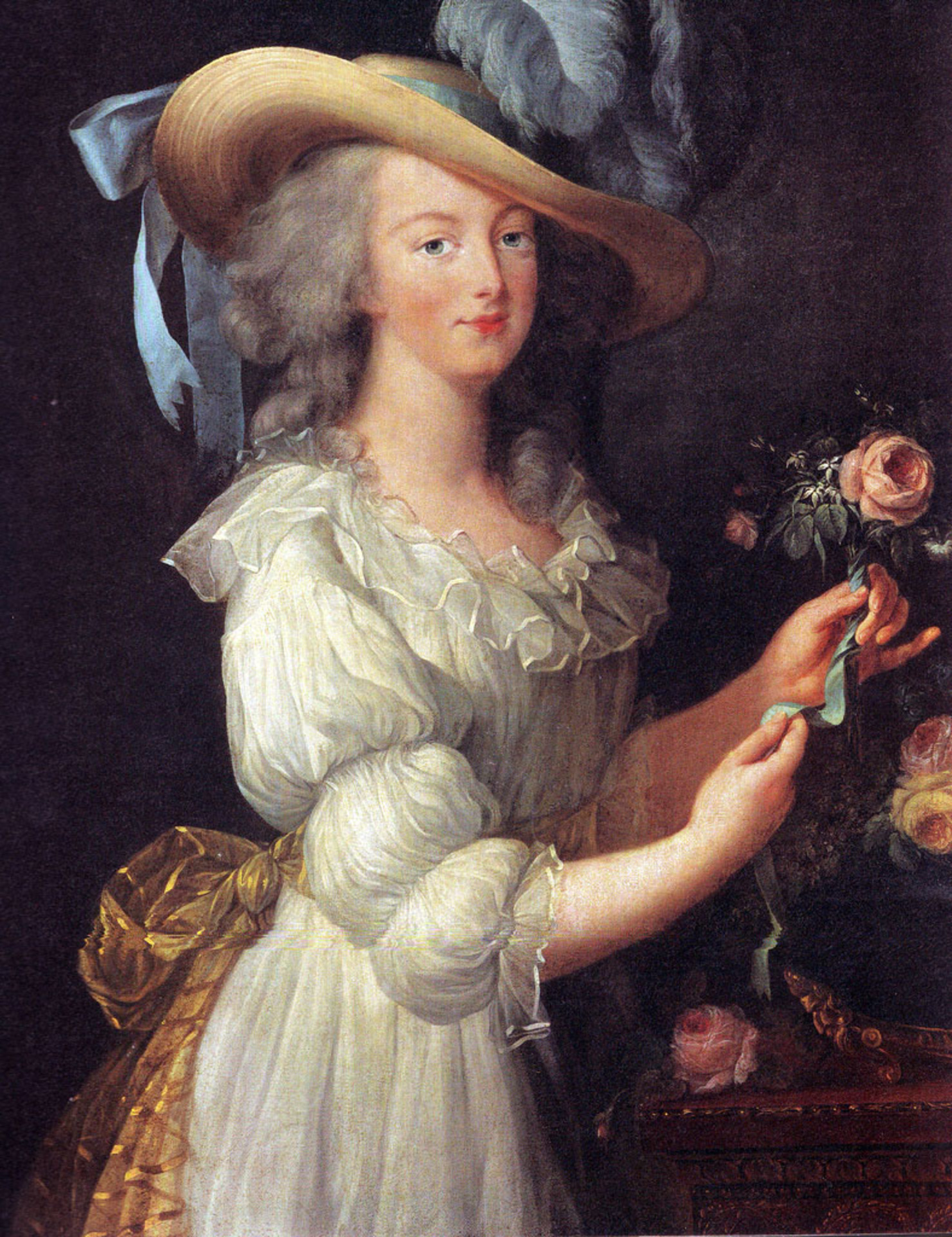 So, what is muslin? It’s a lightweight cotton fabric, which has been widely admired for its simplicity and durability throughout history. For centuries a costly import to the British Isles from as far as Mosul (from which ‘muslin’ derives its name), in 1781 Samuel Oldknow established himself as a producer of fine muslin right here in the British Isles.

During this time, Oldknow’s main customers were the fashionable elites in London and France, who were thrilled by the novelty of wearing a fabric traditionally worn by the lower classes. It is even possible that Oldknow supplied the muslin Marie Atoinette is wearing in her famous portrait!

Ironically, the queen’s attempts to wear a far less elaborate style of clothing, less costly and more in keeping with her subjects, led to public outrage. The muslin looked like a chemise, which was the basic undergarment of a lady at this time. It looked as though she’d been painted in her underpants!

The muslin dress became known as the chemise à la reine (roughly, ‘chemise in the style of the queen’). Either way, business was booming for Oldknow and in 1784 he bought Stockport Mill and employed 300 weavers to keep up with demand.

Unfortunately, this international appeal was sullied by the onset of the French Revolution in 1789. With Marie Antoinette on the run and Britain at war with France, the once-glamorous associations between muslin and the French aristocracy meant production ground to a halt.

Oldknow bought Mellor Mill around this time and expanded into other industries, but only whilst borrowing heavily from the Arkwright family. In some ways, he never properly recovered from the feverish muslin craze of the early 1780s.